The Challenges of Parenting after Divorce 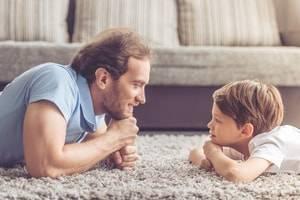 Parenting a child under the best of circumstances, when parents are together and united, continually presents challenges that can divide couples if they disagree on the proper response. However, these challenges become markedly more complex following divorce and the division of parenting responsibilities.

Many relationship and situational issues can lead to disputes about childrearing, but one of the most disruptive and pervasive issues that can bring effective parenting to a halt is violence. A recent study published by a professor at the University of Illinois examined how different types of violence affected co-parenting in the first year after divorce.

The findings suggested spouses who experience control-based violence, which tends to be more constant and encompassing, were more likely to have significant co-parenting problems compared with spouses who saw violence based on situations, such as an affair or money problems, who seemed to have more support and cooperation from the other parent.

Co-parenting is a popular approach divorced parents use to navigate parenting dilemmas that arise out of having two households. Co-parenting governs custody after divorce, especially in light of how Illinois allocates parenting responsibilities.

Historically, when child custody was an issue in divorce, the Court favored giving a woman primary custody under the general belief the mother was more naturally fit to parent. This arrangement made limiting the amount of time a man could see his children easier for an ex-spouse, as well as making decisions related to their welfare.

The new paradigm in child custody, one supported by law in many states, is to promote the sharing of parental responsibilities by both parties so the child retains the benefit of meaningful involvement by both parents. Thus, child custody arrangements are grounded in doing what is best for the child, and are memorialized in parenting plans, ideally negotiated by the parents, that outline how much time the child will spend with each parent and how decisions and disagreements related to the child will be made and resolved.

Consequently, this style of post-divorce parenting requires a large amount of cooperation and interaction between ex-spouses that can be problematic if issues such as violence or lingering resentment are present. In these situations, a highly structured parenting plan would be best so as to limit opportunities for conflict. Additionally, while major decisions related to the child are usually made by mutual agreement between the parents and day-to-day decisions are left to the parent providing childcare, in circumstances like those mentioned above, leaving all major decisions in the hands of one parent may be a practical alternative necessary to keep relations between the parents as civil as possible.

While parents are highly encouraged to develop their own parenting plans, Courts will step in to perform this duty if the parties are unwilling or unable to create an agreement on their own. Courts focus on the best interests of the child, and are specifically instructed to assume a parent is fit to exercise parenting time without restriction unless evidence is presented to the contrary. However, this provision does not mean each parent receives equal amounts of parenting time, and the specific facts of a family will help determine how much time a Court allots.

One of the key aspects of co-parenting is mutual decision-making responsibility, but Judges are not required to give both parents this authority, and will look to the best interests of the child to decide how this matter should be settled. While an experienced divorce attorney can help achieve the desired outcome of a case, the Judge's decision is still an unknown factor, which strongly encourages parents formulating their own parenting plans so the goal of co-parenting is not stymied by a Court order.

Figuring out how to parent after a divorce is one of the hardest issues to settle, emotionally and practically. An experienced Schaumburg divorce attorney can provide that neutral point-of-view that helps to overcome hurdles and find points of compromise. The Law Office of Nicholas W. Richardson, P.C. can strategize an approach designed to meet your goals, and knows how to represent your interests in negotiations or before a Judge. Contact the office for a free initial consultation to learn more.