The Important Decision of Where to File for Divorce 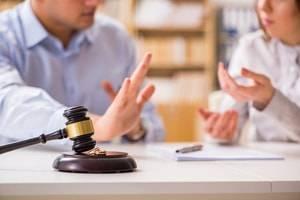 Many considerations go into the decision to get divorced; family, finances and personal happiness are important drivers. Making this momentous decision often feels like the hardest part of the process; however, deciding to divorce is just the first of many decisions couples must make as they transition to single adulthood.

One of the earliest and most important decisions in the divorce process is where to file the case. For many couples, this issue is not terribly complicated if both parties live in close proximity. Yet knowing where to file is not so straightforward for those who live in different states or in different parts of the same state.

One example of how contested this issue can become is seen in the highly contested divorce case of former House Representative Jesse Jackson, Jr., who is in the middle of a months-long battle with his wife, former Chicago Alderman Sandi Jackson, over whether the divorce should be granted in Illinois or Washington, D.C.

Consider the following information regarding why the outcome of a divorce case may be directly affected by which Court issues the dissolution.

Logistical and Financial Consequences of Selecting the Wrong Court

Courts must have jurisdiction, or authority, to decide a case. Without this power, any order issued by that Court is unenforceable. Consequently, determining jurisdiction is one of the first matters a Court will assess before delving into the details of a case. If the wrong Court is selected, the case could be dismissed, and parties are then forced to incur additional time and expense refiling the divorce petition in the proper place. Further, even if a case is technically within a Court’s jurisdiction, one party could still face unreasonable inconvenience and expense if the Court chosen is located in another state or distant county.

Working with a divorce attorney as soon as a case is initiated should avoid this result, as the attorney can take steps to ensure one spouse is not unfairly prejudiced by the location of the acting Court.

Whether a Court has authority to decide a case rests principally on the residency of the parties, but is also influenced by whether evidence and central issues related to the case are located within a Court’s zone of power.

Illinois requires at least one spouse be a resident of the state for a minimum of 90 days before a Judge can issue a divorce, which is a short residency requirement compared with some of the surrounding states. Once a Court accepts jurisdiction over a case, the Court holds sole and continuing authority to make binding decisions about the petition, which can create complications if a divorce could be filed in multiple states.

While transferring a case to another Court is possible if the parties agree, or the facts indicate another forum would be more appropriate, being proactive and picking the most appropriate Court from the beginning of a case is often central to achieving a fair outcome.

One issue of particular concern when spouses live in different state is the influence of differing state laws on the ultimate outcome of the case. States approach the issues of divorce in various ways, and depending upon the state, the outcome could be radically different in how child support is calculated, property divided and child custody awarded.

Finally, for couples with children, living in different locations can greatly complicate which Court has the power to establish, modify and enforce any child custody order. Typically, the child’s home state has authority over this issue, which could require handling this issue separately from the rest of the divorce case.

Speak with an Illinois Divorce Attorney

Multiple procedural and legal issues have a large impact on the final outcome of a divorce case. To ensure your case is handled in the most appropriate and advantageous way possible, consult with a passionate Schaumberg family law attorney at the Law Office of Nicholas W. Richardson, P.C. Our law firm is dedicated to finding the best solution to client issues and we will work to resolve your case as efficiently and amicably as possible. Contact the office for a free initial consultation.