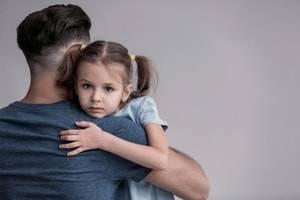 Parents engaging a Court process that determines child custody need to understand how Judges are supposed to evaluate this issue, as well as how custody-related disputes are handled.

Illinois no longer uses the phrase child custody to describe the division of caretaking and decision-making responsibilities for a child. Instead, these duties are now called parental responsibilities, and Judges individually evaluate which parent should handle decisions related to education, health, religious upbringing and extracurricular activities. Thus, one or both parents will not automatically receive authority over these major life decisions, and each matter must be assessed individually.

The circumstances of each case will dictate the outcome, but the overriding standard that guides how the Court decides to allocate these responsibilities is the best interests of the child. A long list of factors, which differs according to whether the Court is looking at decision-making versus parenting time, is applied when considering this standard. However, generally, the Court is looking for an arrangement that will best promote the child’s long-term welfare, while also respecting the rights of each parent.

When dividing parenting time, the law states that each parent is presumed fit and should be given unrestricted parenting time, unless there is evidence a parent could seriously endanger the child’s physical, mental, moral or emotional health. Again, the actual division of time will depend upon the circumstances, though there is a Bill currently under consideration that would require a 50/50 split, absent evidence this would be detrimental to the child.

Parents who share responsibilities for a child are bound to disagree about some aspects of the child’s upbringing, and will become forced to either compromise or turn to the Court to resolve the dispute.

Before the change in the custody law in 2016, the parent with primary residential custody was permitted to have the final say on major life decisions; however, under the new statute, unsettled disputes over decision-making responsibilities must now be decided by a Family Court Judge. Turning to disputes or denials of parenting time, the law comes down very hard on such actions, as they violate a parent’s rights and are in direct conflict with promoting the child’s welfare.

Petitions related to parenting time disputes are typically handled on an expedited basis, and the law gives Courts a number of options to remedy this situation, including:

Making decisions and sharing time as a divorced parent is hard and does not always offer easy solutions when problems arise. If you have concerns or an active dispute with an ex-spouse, speak with talented Rolling Meadows family law attorney Nicholas W. Richardson about your options. Your children are important and need their interests fully protected. Contact the law firm for a confidential consultation.