What Are the Grounds for Divorce in 2022? 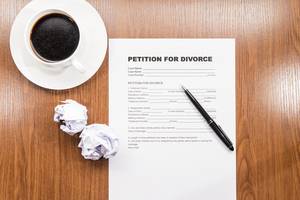 Each state handles divorce slightly differently. Furthermore, divorce laws frequently change to better reflect the needs of modern families. Updates and modifications to divorce laws can make it difficult for some divorcing spouses to know which laws apply to them. The changes can also lead well-meaning friends and relatives to offer outdated or inaccurate divorce advice. If you are thinking about divorce, read on to learn about the grounds for divorce in 2022.

Illinois is Now a No-Fault State

The term “grounds” refers to the legal justification for an action. When someone files for divorce, he or she is effectively asking the Court to grant him or her a divorce. The person who files, called the petitioner, will need to list the ground on which he or she is basing his or her request.

The divorce grounds in Illinois presently are “irreconcilable differences.” Essentially, a spouse can ask for a divorce if the spouses have differences that cannot be resolved. Illinois law states that a spouse may be granted a divorce is he or she asserts that”

Waiting Period for Divorce in Illinois

Changes to the Illinois Marriage and Dissolution of Marriage Act (IMDMA) that eliminated fault-based grounds also eliminated the mandatory waiting period for divorce. There is currently no waiting period to get divorced in Illinois. However, there may be situations in which a spouse will have to wait a certain period of time before he or she can be granted a divorce.

If both spouses agree to divorce, they can get divorced immediately. However, if one spouse does not agree that there are irreconcilable differences, he or she can argue that the grounds for divorce are not satisfied. In this case, a separation period of at least six months is considered proof that the couple has experienced irreconcilable differences and the criterion is met.

Arlington Heights divorce attorney Nicholas Richardson has practiced family law for more than 12 years. He and the rest of the team at The Law Office of Nicholas W. Richardson, P.C. can provide the legal advocacy and support you need during your divorce. Call 847.873.6741 for a confidential consultation.