What Happens to the Engagement Ring? 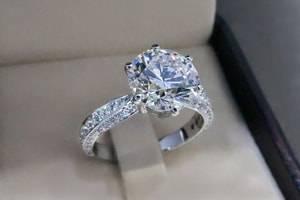 When a couple decides to marry, no object is more symbolic of this commitment than an engagement ring. The level of commitment this piece of jewelry represents is reflected in the thousands of dollars typically spent. Consequently, if the marriage does not occur, or the relationship ends in divorce, the purchaser of the engagement may want the item back, particularly if the piece of jewelry is a family heirloom. However, the receiver may conceivably view the ring as a gift that was freely given, and thus, not necessary to return.

These differing points of view can add more tension to an already combustible situation, and while filing a lawsuit to demand the return of the ring may seem tempting, resolving the situation privately is best for reducing additional emotional pain and unnecessary expense. However, in the context of divorce, fighting over a ring is often connected with the bigger question of which assets are considered marital property. An engagement ring, though, maintains a unique status under the law, and thus the right to possession is treated somewhat differently than other kinds of gifts.

Gifts are normally considered to be the absolute property of the receiver, and consequently, returning them is not required, regardless of later circumstances. However, before a gift may be considered irrevocable, the law requires the following elements:

Basically, what constitutes a gift comes down to whether the giver intended to transfer property without receiving anything in return, which is not always easy to discern. Before a couple marries, this analysis is much simpler, as any gift received by an individual is typically treated as his or her separate and non-marital property. Once a couple is married, however, the line separating a gift as non-marital from marital property is less clear.

Determining what qualifies as a gift can have major implications on the division of property in divorce, as gifts to one spouse are usually considered non-marital. Gifts from third parties to one spouse are the simplest to classify as non-marital. However, gifts between spouses, including wedding rings, which are normally considered separate property, can be tricky and often come down to the intent of the giver. Purported gifts between spouses can really be financial strategies that potentially remove the donative intent. Wedding gifts, on the other hand, are often considered marital property since they are intended for both parties. Nevertheless, gifts given before marriage may not.

Engagement rings, on the contrary, are treated somewhat differently. Specifically, an engagement ring is considered a conditional gift and requires the condition — marriage — to occur before the item becomes the permanent property of the recipient. Thus, if the marriage is called off, then the ring must be returned, regardless of who or what caused the breakup. There really are no exceptions to this rule.

As for wedding expenses, unless there is a contract between the parties obligating reimbursement in the event the wedding does not happen, the ultimate responsibility remains with the individual that incurred the expense — typically the woman and her family.

The breakup of a relationship is never easy to process. However, working with experienced Schaumburg family law attorney Nicholas Richardson can at least demystify the legal process so you can focus on healing. If you need sound advice and dedicated legal services for your divorce, contact the law firm for a free initial consultation.