What Should I Do if My Ex-Spouse Will Not Pay the Divorce Settlement? 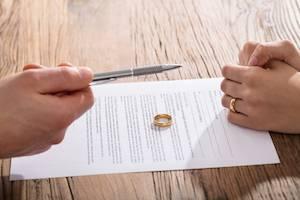 The property settlement is often one of the most hotly contested aspects of a divorce case due to the financial stakes at play. Giving up a substantial portion of one’s wealth is not easy for some divorcing spouses to accept. Most spouses find a way to make peace with this part of ending their marriage, but others go to great lengths to avoid complying with the court’s orders or executing the negotiated agreement. Unfortunately, this choice can leave the other spouse in precarious financial straits, so it is important to understand the legal options for enforcing a divorce settlement.

An extreme example of tactics to avoid paying a property settlement is playing out in the divorce case of a former Board of Trade head who spent the holidays in jail for his refusal to pay his ex-wife the $18 million settlement she is owed. While most spouses do not have the means to transfer assets out of the U.S. and live abroad to avoid paying a divorce settlement, the mechanisms to force compliance are the same in all cases, and a spouse who violates the terms of a divorce settlement can face serious repercussions.

Petition to Show Cause

When a divorce settlement is entered into court records upon the finalization of the divorce process, it becomes a court order that both spouses are required to follow. A spouse who violates a court order can face serious civil and/or criminal consequences.

The first step in forcing compliance with a divorce settlement is filing a petition with the family court requesting the other party to show cause. This will require an ex-spouse to appear in court and explain why he or she has not adhered to the court’s decree. Both parties will have an opportunity to argue whether compliance occurred, and if not, why. The appearance by the non-compliant party is mandatory, and if a spouse cannot provide a reasonable explanation for their violation, he or she may be penalized by the court.

Contempt is the finding by a court that a party to a case failed to follow the court’s orders. A person charged with contempt may face repercussions that seek to compel compliance or punish the offender for his or her actions. Civil contempt is the process most often used in family court to force a party to follow the court’s orders, and it is designed to coerce a party into acting properly. Civil contempt is not a crime, meaning the level of proof needed for a judge to find a violation occurred is lower than if criminal contempt is established.

Criminal contempt, as the name suggests, is a crime, and proof beyond a reasonable doubt of willful and intentional non-compliance must be presented. If a former spouse is found guilty of criminal contempt, he or she may be sentenced to jail time until the non-compliance is remedied, which ordinarily involves paying a certain amount of money to the other party, as well as fines, to secure release.

In many family law contempt proceedings, the party alleged to have violated the court order will have a plausible explanation for not following court orders, and civil contempt will be the result. By contrast, deliberate efforts to deprive the other party of property or money awarded in a divorce could result in a court punishing the former spouse with criminal contempt, which may involve jail time and higher fines.

Divorce can be a stressful process, but you should be able to move on with your life after reaching a settlement. If your former spouse is refusing to follow a court order, talk to Mt. Prospect family law attorney Nicholas W. Richardson about your options. Contact us at 847.873.6741 to arrange your free initial consultation.