When a Spouse Wastes or Destroys Marital Assets During Divorce

Posted on December 20, 2018 in Marital Property 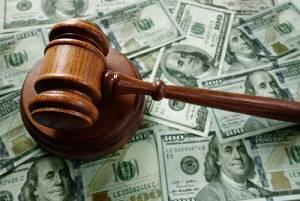 A spouse’s reaction to the news of divorce can vary widely. The significance and repercussions of divorce often make it difficult for spouses to cooperate with each other, and some may even feel compelled to engage in actions designed to punish or hurt the other spouse. One form of revenge, or perhaps just simple disregard for the laws of marriage and divorce, involves one spouse wasting or destroying marital assets during the time surrounding the divorce, thereby depriving the other spouse of the ability to receive these assets in a property settlement.

The financial fallout of divorce is one of the most difficult consequences that couples must face, and both spouses may struggle to support themselves if the terms of the divorce are not properly structured. The division of marital property is a huge part of finding financial security following divorce, and if one spouse deliberately misuses marital assets, this can put the other spouse in financial jeopardy.

Illinois follows the equitable division of property model, meaning marital assets will be divided according to what is most fair. Most settlements are roughly equal, unless circumstances require a different outcome.

To determine how to divide marital property, Illinois law includes a long list of factors that are designed to instruct a judge on the earning capacity and available resources of each spouse, especially in light of contributions to the marriage, as well as actions that reduced the size of the marital pot. Dissipation of marital property is specifically listed as a factor to consider if supporting evidence is produced to corroborate the claim.

Dissipation of assets generally refers to actions taken in which a spouse destroys, wastes, hides or misuses marital property. Illinois law will generally only consider actions taken during the irretrievable breakdown of a marriage or within a reasonable time period prior to filing for divorce. For example, if a spouse gave away a piece of land to a mistress 10 years ago, that is too far removed from the divorce to be considered when determining how to divide marital property.

Allegations of dissipation are serious, and they can have serious consequences, which means that they should not be made on a whim. Further, specific evidence about how the money or assets were used inappropriately must be provided. Once the spouse accused of dissipation is notified about the allegations, the responsibility then rests on his or her shoulders to justify the use of the assets. If a judge determines that dissipation occurred, the offending spouse will likely receive a smaller share of the marital assets, and in some cases, he or she may be required to repay the other spouse for the dissipated assets.

Investigating and verifying the financial details provided by your spouse during divorce is an integral part of a divorce attorney’s role in the legal process. Skilled Arlington Heights family law attorney Nicholas W. Richardson understands the financial ramifications of property division, and he will work to help you address issues such as dissipation of assets and ensure that you achieve a positive outcome to your case. Contact our law firm by calling 847.873.6741 for a free initial consultation.