When Reproductive Rights and Divorce Collide 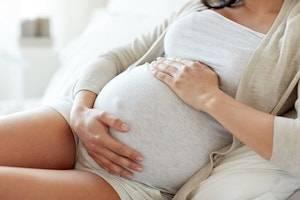 Disputes over child custody are not uncommon in divorce cases, as each parent vies for retaining the maximum amount of control and physical custody. These conflicts involve fully formed and sentient human beings. But what about the legal status of frozen embryos?

Medical technology is making it easier for couples to become parents or expand their families along an extended and predetermined timeline. As part of this process, some couples are electing to create and freeze embryos in order to shorten the gestation process for use at a later time, or to address fertility issues that require in vitro fertilization.

This decision is prudent and forward-looking for couples in solid relationships, but a complex issue arises if a couple later decides to divorce and some or all of the frozen embryos remain viable for potential use. This issue is particularly thorny because lawmakers rarely keep up with scientific advancements, leaving gaps in the law Courts must struggle to answer.

Having children is one of the most sensitive and personal decisions anyone ever makes; however, the creation of embryos requires consideration of the legal ramifications for each individual and any possible future child in the event of a divorce, or separation if the parties are unmarried. Essentially, the act of creating embryos must be separate from their use by couples exploring this option to avoid negative consequences for each party, i.e., forced to become a genetic parent or relinquishing the opportunity to have a biological child.

Ideally, a couple choosing to freeze embryos would enter into an agreement that outlines who retains control over the embryos if the relationship ends and how custody of any child born from a frozen embryo would be divided, if at all. Courts will first look to this type of agreement when trying to decide which party has rights over use and/or destruction, and have given validity to a couple's expressed intent for the embryos at the time of creation when no written and signed contract existed.

Illinois does not have any statute that addresses rights over frozen embryos, and Courts have been willing to recognize a couple's spoken intentions to avoid the need to consider the embryos as marital property — a result that would seem to go against public policy for such a sensitive and integral matter.

Additionally, Courts will examine the contracts the couple signed with the fertility clinic related to the creation, storage and use of the embryos. Typically, these forms require the consent of both parties before the embryos will be released. Some Illinois Courts have decided these agreements are enforceable due to concerns over the husband's rights, which encompass voluntarily choosing to become a parent and assuming the associated support obligations. But, depending upon the circumstances, a Court could hold these standard form agreements unenforceable because they enter areas Judges do not want to regulate. Thus, couples should not rely on agreements made with a clinic to control how the embryos should be treated, and take the time and effort to execute a private agreement that clearly outlines what should happen to the embryos if circumstances change.

Child support is a key concern of any parent entering into an arrangement involving frozen embryos. The right to support, however, lies with the child and not the parent. Thus, an agreement between parents releasing one from a support obligation is unlikely to be recognized by a Court. In fact, the Illinois Supreme Court has previously held that parents cannot contract away the child support requirement, but must obtain judicial approval to release a parent from this obligation to ensure the child will have sufficient financial support without this contribution.

Having children brings a lot of a joy as well as a tremendous amount of responsibility to a parent's life. If you have concerns about your rights and obligations as a parent, talk to a passionate Palatine family law attorney about your situation. The Law Office of Nicholas W. Richardson, P.C. understands how sensitive these child custody issues are and has years of experience that will help you get the outcome you desire. Contact the office today for a free initial consultation.