When Your Ex Stops Following the Parenting Plan 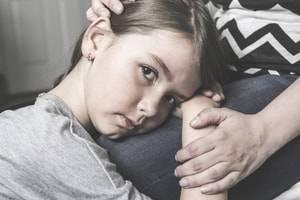 Trusting an ex-spouse to follow the terms of a parenting plan is one of the harder aspects of shared child custody. While most parents truly make an effort to abide by the provisions in good faith, others take advantage of the requisite trust to abuse their authority and take impermissible acts, such as taking extra parenting time or making educational decisions without consulting the other parent.

Parents should primarily seek to work out disagreements between each other, both for a quicker resolution and for the child’s sake; however, a parent willing to take unilateral action solely for his or her own benefit, and often to the detriment of the other parent, should not be allowed to proceed without comment and consequences. The more a parent is allowed to disregard the terms of a parenting plan, the more likely the other parent’s rights will be eroded over time and the parent/child relationship damaged.

One example of the lengths a parent must sometimes go to stop abuse of parental authority by another parent is illustrated in the recent story of a Bloomington mother who will soon be reunited with her son after eight months. An arrest warrant was issued for the father after he failed to appear in Court five consecutive times to justify his removal of the boy to Boston and his refusal to return.

Consider the following options a parent denied parenting time or experiencing other violations of the parenting plan may use to reestablish the status quo or remedy the situation.

What is Considered a Violation?

Most parenting plans are quite detailed with provisions covering everything from after school activities to processes for consenting to medical treatment. As a result, occasional lapses from the protocol outlined in the parenting plan will occur, as well as requests for deviations due to special events or unusual circumstances. However, parents should be thoroughly aware of the terms governing custody, but also be willing to make reasonable allowances for change to facilitate effective parenting.

The line toward violation is crossed, though, when a parent repeatedly and systematically fails to follow the parenting schedule and thereby deprives the other parent of his or her rightful time with the child. Further, if a parent makes key life decisions for the child without consulting the other parent — a common requirement in most parenting plans — such an act also violates this legally enforceable agreement, especially if the other parent believes the decision was not in the child’s best interests.

Two options are typically available to parents seeking to address violations or abuse of the parenting plan: petitioning to enforce terms of the existing plan or requesting a Court to hold the non-compliant parent in civil contempt. (Criminal options also exist, but will not be explored in this forum.) In either case, a parent alleging a violation will need specific details and dates about each violation; therefore, good record keeping is key, as well as evidence that a good faith effort was made to resolve the dispute.

If the Court believes violations occurred, it can order a number of option including:

Civil contempt is a punishment for willful violations of a Court order that can bring fines, jail time, suspension of driver’s license and probation. Thus, this finding is significant, and the threat alone motivates many parents into compliance. However, following through with a petition for this remedy may be necessary if the non-compliant parent refuses to amend his or her behavior, discuss concerns or put the needs of the child first.

Enforcing a parenting plan is no small matter, and if you are facing an ex-spouse who does not want to follow the rules, discuss your situation with dedicated Mt. Prospect family law attorney Nicholas W. Richardson. He understands the damage violations can cause, and will work to get you the time with your child you deserve. Contact the law firm for a free initial consultation.