Who Gets to Keep the Family Pet in an Illinois Divorce?

Posted on February 23, 2021 in Division of Property 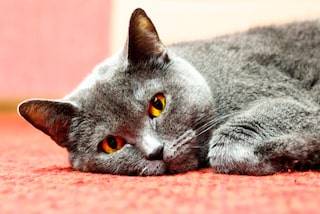 Pets are often considered special members of any family. For those couples who do not have children, their dog or cat can seem like a child. According to the 2019-2020 National Pet Owners Survey conducted by the American Pet Products Association (APPA), 67 percent of American households, or approximately 85 million families, own a pet. There are many different types of pets one can have, and some of the most common include dog, cat, rabbit, turtle, hamster, guinea pig, lizard, bird, or snake. When a couple decides to part ways and gets a divorce, a common question is what happens to the family pet or pets? Understanding how asset and property division, as well as child custody work in Illinois, can help determine where a pet will reside post-divorce.

The Division of Marital Property Is Fair

In Illinois, marital property is divided using the “equitable division” method, which means that instead of assets being split in half, they are divided fairly. In some cases, a couple may agree on who gets what, including their pet. Several factors are considered by a judge if a couple cannot agree to the terms on their own, such as the length of the marriage and each spouse’s contributions to the marriage. Every situation is unique, so what works for one family may not work for others. In cases where there is more than one pet, the spouses may agree to each take one.

In regards to “pet custody,” a pet is generally considered marital property if it was acquired by either spouse after they got married. If the pet was adopted or bought by a spouse before the wedding, that spouse will usually remain the owner after the couple separates. Prior to 2018, pets were handled similarly to the standard types of marital property, such as houses, vehicles, and furniture. One party would be awarded custody of the pet based on what was deemed fair and equitable. However, now ownership of pets is handled similarly to how parental responsibilities would be allocated if a couple has children. The court can order primary or shared pet custody based on what they consider the best living situation for the animal. According to the Illinois Marriage and Dissolution of Marriage Act (IMDMA), pets are classified as “companion animals.”

Child custody decisions are typically made based on what is in the best interests of the child. Other considerations include how each parent interacts with the child, which arrangement is least likely to disrupt the child’s routine, and the wishes of the child if they are of a certain age. These same factors may be considered when awarding custody of pets. Although animals cannot communicate their preference, decisions regarding ownership may be made based on each spouse’s relationship with the pet. The spouse who is staying in the marital home may be allowed to keep the pet. In other cases, the spouse who took care of the pet the most (feeding, grooming, walking, or playing with it) would retain primary ownership. Service animals that are paired with a child or adult who has special needs would remain with the family member to whom they are assigned. A visitation schedule can also be created so the other spouse would be allowed to have time with the pet. This can also benefit the other spouse if they want to go on vacation and cannot take the pet with them.

If you are getting divorced in Illinois, you may be wondering what will happen to the furry members of your family. In some cases, determining custody of the pets can be challenging. At The Law Office of Nicholas W. Richardson, we understand the sensitive nature of dividing assets and property when a couple legally ends their marriage. Our dedicated Arlington Heights divorce attorney will fight for your rights when it comes to your divorce settlement. Call us today at 847.873.6741 to schedule a free and confidential consultation.