Why Prenuptial Agreements Matter in All Stages of Life

Posted on November 28, 2018 in Premarital Agreement 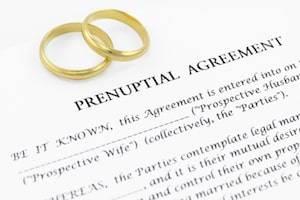 Marriage naturally intertwines a couple’s social and financial lives, and these matters must be untangled in the event of divorce. This is no easy task, especially in light of equitable property division, a legal model that ensures both spouses receive a fair share of marital property following divorce. Under this standard, spouses can expect to divide marital assets in roughly equal measures, regardless of which spouse provided the resources to acquire the property in the first place.

While the contributions of both spouses need to be recognized in a divorce, a spouse who has substantial assets coming into a marriage or the potential to become a high-earner may have reasonable concerns about protecting his or her interests if the marriage does not work out. In these cases, a couple may choose to use a prenuptial agreement to address the resolution of financial issues in the event of divorce or another designated event, such as the death of a spouse.

Planning for the possible end of a marriage before it has even begun may appear pessimistic, but a prenuptial agreement serves an important purpose, and it can make the divorce process faster and simpler by sorting out complicated issues in advance. Importantly, this need is not limited to couples in a particular stage of life at the time of their marriage, as both younger and older couples can benefit from prenuptial contracts.

As mentioned above, a prenuptial agreement is a contract that governs key aspects of property settlement in divorce, and it can be an important component of any long-term marriage plan. Each spouse brings multiple items and issues into the marriage, and this complexity only increases as spouses grow older. In fact, while society generally assumes younger couples have the highest divorce rates, those over 50 have led in this regard in recent years, highlighting why a prenup is advisable for couples in all life stages.

Illinois, like many other states, has a law in place that restricts what may be included in a valid prenuptial agreement and specifies the formal requirements a couple must satisfy to create a binding and valid contract. An agreement must be made in contemplation of marriage, and it only becomes valid and enforceable if the marriage takes place. Like most contracts, a prenup must be in writing and signed by both parties.

Turning to the contents of a prenuptial agreement, Illinois law specifically allows couples to include the following provisions in a prenup, and it generally allows the inclusion of any term that may be the subject of a contract (i.e., not illegal or against public policy):

Crucially, a prenuptial agreement may never limit a child support obligation or allocate parental responsibilities, as issues concerning children require court involvement to determine what is in children’s best interests. Terms of a prenuptial agreement which address these issues will be ignored if they are included.

Enforcement of a Prenuptial Agreement

Assuming the path outlined above is followed, the agreement should be enforceable, paving the way for a less contentious divorce settlement. However, having a prenuptial agreement in place does not entirely negate the possibility of a contested divorce, as several grounds do exist that, if proven, would render the agreement unenforceable, including fraud, duress, and unconscionability. Essentially, if a spouse lied to entice agreement, threatened the other party to gain compliance, or produced an entirely one-sided agreement, a court may find it to be invalid.

Prenuptial agreements address the vital interests of each spouse, and both spouses should retain separate legal counsel to ensure the final agreement is fair and appropriate. Skilled Inverness family law attorney Nicholas W. Richardson knows the complications, expense, and stress divorce can bring, and he is available to draft a prenuptial agreement for you or evaluate the terms of your prenup. Contact our law firm by calling 847.873.6741 for a free initial consultation.