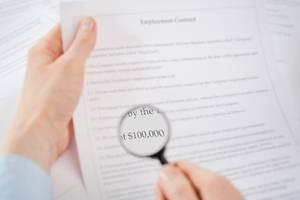 Calculating child support is one of the most important aspects of a custody case, as the result has the significant likelihood of affecting a child’s life for years to come. Often, a change in one of the parents’ financial circumstances, such as a new employment opportunity, requires courts to reevaluate that person’s monetary contribution. In a recently issued opinion, an Illinois Court of Appeals clarified what constitutes a material change in circumstances such that child support must be modified.

In re Marriage of Fortner

In 2002, Rob Fortner and Shelley S. Scanlan were married and subsequently had a child. In 2003, the couple separated, and an Illinois court ordered that Mr. Fortner pay $313.11 a month in child support. In 2014, Mr. Fortner successfully brought a wrongful death claim against the hospital that treated his father during a fatal heart attack. After deductions for attorney’s fees and other costs of litigation, Mr. Fortner received $169,725.48. Ms. Scanlan then filed a motion to modify child support based on Mr. Fortner’s changed circumstances, although Mr. Fortner argued that the settlement did not constitute increased income for purposes of child support allocation.

In its opinion, the Court clarified the definition of income as it pertains to the Marriage and Dissolution of Marriage Act (IMDMA), stating that the term income is to be understood broadly and includes:

The Court further noted that Illinois law creates a rebuttable presumption that any financial gain or benefit constitutes income as it pertains to child support unless specifically exempted by statute.

In this case, the Court stated that in applying this standard, Mr. Fortner’s settlement far exceeded the 20 percent difference required by law. As a result, the Court reaffirmed the lower court’s judgment, stating that the proceeds from a wrongful death lawsuit are subject to child support because, under the statute’s broad definition, they constitute income.

Receiving an adequate amount of child support can be crucial to a parent’s and child’s financial stability after a divorce or separation, so if you are considering a divorce or are involved in a custody dispute, it is important to contact an experienced family law attorney who can ensure that your interests are protected. Please contact passionate Palatine family law attorney Nicholas W. Richardson for a free initial consultation.