Can You Challenge a Prenup? 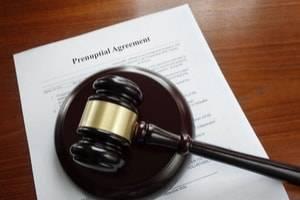 Outside of the emotional benefits that most people connect with marriage, being married also offers financial advantages for central issues, such as health insurance and tax liability. However, these advantages can turn into detriments if a marriage ends in divorce. Without a prenuptial agreement, parties are expected to divide their assets in roughly equal proportions.

While predicting financial success at the outset of marriage is nearly impossible, couples expecting productive careers and those with substantial assets at the beginning of the marriage often consider premarital agreements to iron out the division of assets and maintenance (spousal support) in case divorce does occur.

The underlying assumption is that both parties enter into these agreements freely and with sufficient information to make an informed decision about the fairness of the arrangement. The reality, of course, is not always so simple, and circumstances may motivate a spouse to challenge the validity of such an agreement when divorce enters the picture.

Illinois' wealthiest man, Ken Griffin, recently settled his 14-month divorce as a trial was set to begin on the validity of the couple's premarital agreement signed in 2003. The long-term financial implications of these agreements, particularly if one spouse is relinquishing rights to a considerable amount of property, cannot be overstated, and therefore necessitates working with a knowledgeable family law attorney to ensure one's interests are sufficiently protected.

Courts view premarital agreements just like any other contract, and greatly favor upholding and enforcing the terms the parties previously negotiated to the fullest extent possible. Thus, Courts may be willing to invalidate certain provisions of these agreements. However, asking a Judge to invalidate the entire agreement will require strong and compelling evidence. Further, deciding later that one does not like the terms of the agreement will have no effect on its enforceability, so making sure one is comfortable with the arrangement at the beginning is extremely important.

However, a preference towards upholding a premarital agreement does not mean a Court will enforce one if the terms violate the law or the circumstances surrounding its creation and execution are problematic.

Illinois adopted the Uniform Premarital Agreement Act in 1990, which outlines the requirements to form a valid agreement, as well as grounds to challenge enforcement. Enforceability may be challenged under two main grounds:

Specific circumstances that will cause a Court to more closely scrutinize the validity of a premarital agreement include the following:

Discuss Your Situation with an Illinois Family Law Attorney

Your financial future is not an issue to take lightly. Passionate Palatine family law attorney Nicholas Richardson has years of experience in all areas of divorce and family, including premarital agreements and understands the concerns both parties bring to this issue. Contact the law firm today for a free initial consultation.