The Division of Marital Assets: Case Studies in Commingling Assets 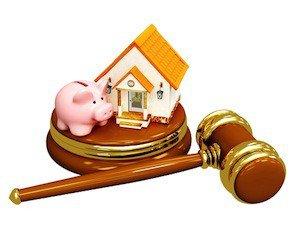 Getting divorced means negotiating an equitable division of marital assets. Marital assets are any assets a couple acquired together during a marriage; everything else — assets either spouse came in to the marriage with, or assets received during the marriage by gift or inheritance — is separate. However, separate property can become a marital asset and is thus subject to division if the property is commingled with marital assets.

The following scenarios explore the concept of commingling and identify the types of situations in which separate property can become marital property.

Scenario 1: Pete and Rose have been married for 10 years. When married, the couple moved into Pete’s home, which he had purchased eight years prior to the marriage. Pete never put Rose’s name on the home’s title, however, nor was her name ever placed on the mortgage. The couple did open a joint checking account that they both contributed to, and the mortgage was paid from the joint account. If they divorce, will the home be considered separate or marital property?

Answer: The home will be considered separate property, even though Rose contributed her income to the home’s mortgage. However, Rose would be entitled to reimbursement for the separate funds she contributed toward the mortgage.

Answer: The home will be considered marital property. Even though the home remained titled in Pete’s name only and Rose made no financial contributions to the mortgage, barring any evidence that Rose signed the prenuptial agreement under duress or without all of the relevant financial information, a spouse can agree to make separate property marital.

Scenario 3: Halfway through the marriage Rose receives a $1 million inheritance from her father. She keeps the inheritance in a separate account, in her sole name. Yet Rose used funds from the account to pay for two anniversary trips for her and Pete. If they divorce, will the inheritance be considered marital or separate property?

Scenario 4: Same situation as in Scenario 3, except that Rose puts the money in an account with Pete’s name on it. Neither use any of the money during the marriage — the money is intended to be saved for retirement. If they divorce, will the property be considered marital or separate property?

Answer: The inheritance will most likely be considered marital property. Even though neither Pete nor Rose withdrew the money, Rose made an affirmative step to put Pete's name on the assets. In addition, one spouse can gift assets to the other. However, there is a good argument to be made that because Pete never touched the money, the gift was not complete and the inheritance is Rose’s separate property.

Scenario 5: Same situation as in Scenario 4, but Rose uses some of the money to purchase a new car. Although the car is titled only in her name, it is considered the family car and both Pete and Rose drive it about half the time. If they divorce, will the car be considered marital or separate property? What about the inheritance?

Answer: The car will most likely be considered as marital property, and the inheritance will remain Rose’s separate property. Although the car was purchased with Rose’s money, the intent was that it be used for family purposes by both of them.