How Are Frozen Embryos Handled During an Illinois Divorce Case? 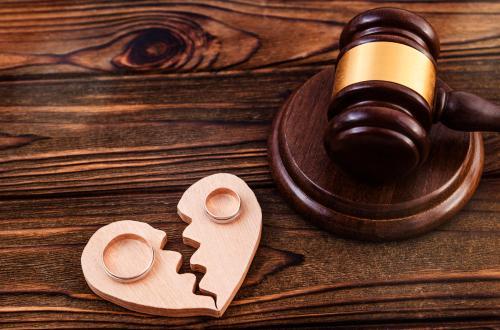 Illinois is an equitable distribution state. This means that when two people get divorced, the courts will divide their marital property equitably, or fairly. This type of property division is usually fairly straightforward, but there are certain factors that can make it more complicated. Today, frozen embryos are one issue that can make a divorce case especially complex.

There are currently hundreds of thousands of frozen embryos in the United States, and because of this, the number of divorces involving frozen embryos is likely to increase. Since the courts in Illinois have not yet set a precedent for dividing frozen embryos between divorcing spouses, the decisions made during a divorce will likely depend on the facts of the case. So, what facts are taken into consideration when frozen embryos were part of a marriage and are now part of a divorce?

In the best case scenario, a couple will have a contract outlining who will receive their frozen embryos if they choose to get a divorce. Terms outlined in written contracts will certainly apply, as will those of oral contracts. If the couple had an agreement, the courts are likely to award the frozen embryos accordingly.

Just like with any contract, the couple may wish to change the terms of their agreement. If this occurs, the court’s decision may not be as clear. For example, a court may honor a couple’s modified prenuptial agreement that transfers ownership of the embryos from the mother to the father. However, if an oral agreement was changed, the court may abide by the terms of the initial contract.

Frozen Embryos Without a Contract

When a couple has not reached an agreement at all regarding their embryos, the matter can become much more confusing. One parent may argue they are being forced into parenthood, while the other may argue that their former spouse is keeping them from ever having children.

The courts will consider both sides, but often, they will determine that if a spouse wishes to use the embryos, they may do so without the consent of the other spouse. Likewise, when a spouse does not wish for the embryos to be used at all, the courts may exempt them from obligations to any resulting children, such as child support. In every case, the court will attempt to strike a balance between the two spouses and act fairly for each.

The Importance of a Contract

The increasing use of technology to have children may add to the complexity of divorce cases. To avoid conflict during divorce, couples that freeze embryos with the intent to have future children should always have a contract stating what will happen in the event the marriage dissolves. These contracts can include a variety of decisions and terms, including agreements stating that in the event of divorce, the couple will destroy the embryos or donate them to another couple.

Divorce is rarely easy, and many aspects of modern life can make the process even more difficult. If you need help resolving issues related to frozen embryos during your divorce, you should work with a skilled Palatine divorce attorney. Contact the Law Office of Nicholas W. Richardson at 847.873.6741 for a free initial consultation.