Posted on September 12, 2018 in Spousal Support 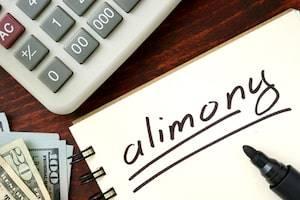 Anyone who is currently paying alimony (legally referred to as spousal maintenance in Illinois) or considering this issue in the midst of divorce is likely aware that as of 2019, the tax rules for this obligation will change dramatically. Currently, the payor receives a deduction for this expense, and the recipient is required to report the payments they receive as taxable income. This arrangement relieves some of the financial burden this support can cause, which can serve to facilitate divorce settlement negotiations. However, under the recent federal tax reform laws, both the ability to deduct alimony and the need to report it as income will be eliminated for any divorce finalized on or after January 1, 2019.

Legal and financial analysts worry that this change will drastically increase the amount of conflict between spouses and greatly deter the payor spouse from agreeing to any type of ongoing spousal support. Recognizing the significant issues this change will introduce into the divorce process, Illinois lawmakers passed a new law this year that allows for adjustments to modification awards in hopes of making the transition under the new tax law easier. A discussion of the changes in Illinois alimony law will follow below.

Alimony is always a contentious issue in divorce, as the spouse asked to pay rarely has any desire to support an ex-partner once the relationship is severed. Further, unlike child support, which is the legal right a child holds until adulthood, alimony is essentially discretionary, and courts must determine if such support is appropriate before moving forward. To make this assessment, a long list of factors must be evaluated, and if the request is granted, the amount and duration of spousal support must be calculated.

The new Illinois law creates a revised formula that takes into account the tax reform changes, and it is set to go into effect at the same time the new alimony tax rules become active: January 1, 2019. In addition, if a court does not issue a finding supporting an alimony award, this claim is barred going forward, and the spouse seeking support will not be able to reassert this demand, regardless of the length of the marriage.

Modifications Under the New Tax Rule

Modifications of alimony awards now specifically include those granted before January 1, 2019. These awards will remain eligible for the previous tax treatment, unless both parties agree otherwise, and they will be modified under the same formula previously established: 30 percent of payor’s gross income minus 20 percent of the recipient’s gross income. This approach is designed to take into account changes in income post-divorce and guard against large increases in the payor’s obligations. Basically, these changes are an attempt to keep former spouses as close to the current status quo as possible, in light of the new tax laws.

For divorces issued in 2019 and beyond, the tax implications of an alimony award will be a primary issue. Speaking with a divorce attorney before the changes go into effect is important for achieving an ideal financial outcome.

Talk With an Inverness Divorce Attorney

A variety of issues impact the outcome of divorce, and alimony is high on the list of items that are likely to spark disagreement. Understanding this complicated legal area is key to achieving a fair outcome, and skilled Barrington family law attorney Nicholas W. Richardson can help you navigate this matter, as well as any other concern in the divorce process. Contact us at 847.873.6741 for a free initial consultation.