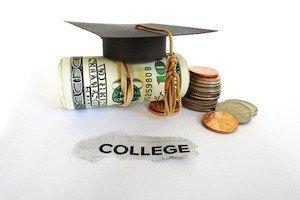 In Illinois, Courts have discretion to include, as part of a child support order, a requirement that parents contribute toward post-secondary education expenses of their non-minor children. Historically, the guidelines for determining whether such support could be required were vague and confusing. The passage of the Family Law Reform Bill addresses these concerns by creating a new protocol for determining when non-minor support is appropriate.

The current version of the Illinois Marriage and Dissolution of Marriage Act allows a Court to order educational support for a child, including college or professional training expenses, as part of a custody agreement. Previously, Courts were only instructed to consider the following when making their determination:

After an analysis of these factors, a Court could then order one or both parents to contribute towards educational expenses like tuition, room and board, books and transportation. However, no concrete standard existed for determining how much financial support each parent had to provide for non-minor children. The law allowed Courts to order continued support until the child attained a bachelor’s degree.

The recently passed overhaul of Illinois family law creates new guidelines for determining non-minor child support and will take effect in January 2016. The amendments clarify some of the vague language included in the Marriage Act by:

The amendment includes additional provisions concerning the termination of non-minor educational support. While the new law recognizes the completion of a bachelor’s degree as appropriate termination criteria, it also states that a Court has the authority to discontinue support in certain circumstances, including if the child:

The amendment also clarifies what considerations a Court should not consider when determining whether to discontinue post-secondary educational support, including whether the child:

Child support has long-term effects on both spouses as well as any children, even after those children have come of age. If you have any questions regarding how much you may be required to pay for your child’s post-secondary education as part of child custody order, please contact skilled Palatine family law attorney Nicholas W. Richardson for an initial consultation.