The Ability of Non-Parents to Obtain Custody or Visitation 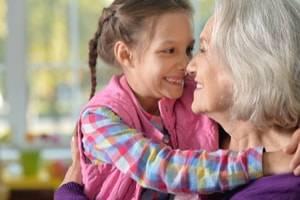 Protecting a child from the harshness that life sometimes brings is a primary goal for parents, which requires exercising control over the things and people a child experiences. Parents are granted a lot of leeway in determining who has access to their child as individuals who legally and naturally hold child custody rights. This deference is based upon the presumption that parents are best suited to decide whether exposure to specific individuals is detrimental to their child. In practice, this means relatives and other significant adults may be blocked from communicating and/or seeing a child. Moreover, in most circumstances, Courts will not question this decision absent certain specific facts.

A parent’s decision to block or limit the access of another person often has much to do with the relationship the two persons share, as well as the parenting style used to raise the child. The question of whether a non-parent has the right to ask for visitation or custody rights depends on whether he or she has standing — a legal concept related to a party’s ability to ask a Court to settle a dispute.

Illinois law permits some non-parents to petition for custody or visitation if the natural parents are divorced or otherwise share parental responsibilities. These cases tend to be contentious because attempts to assert rights normally reserved for parents are frequently viewed as over-stepping well-established bounds, and put a parent in the role of having to defend his or her child rearing decisions.

Consider the following information with regard to when the law will permit non-parents to seek visitation or custody rights.

Requests for custody rights by a non-parent most commonly come into play when a parent dies or the child is primarily or exclusively cared for by a relative or other third party. In these circumstances, the law is willing to recognize the potential need for another adult to step into the parental role to promote the child’s welfare. However, the rules as to which adults may request this special consideration are fairly restrictive, and are only extended to the following individuals:

Both situations described above are complicated and fact-specific; however, the standards are particularly exacting for non-parent caregivers and require evidence a parent voluntarily and indefinitely relinquished custody of the child. Further, a Court is also likely to consider:

If a non-parent is seeking visitation, but not necessarily parental responsibilities, the law is slightly more lenient, allowing grandparents, great-grandparents, siblings and stepparents to ask for this access. Essentially, this type of request is limited to those most closely related to a child by blood or marriage and with traditionally significant roles in a child’s life. A petition for visitation may be filed as part of a pending divorce case, or as a separate matter.

Before visitation will be granted, the petitioner must show a parent unreasonably denied access to the other adult, and this action is causing harm to the child’s welfare. The ultimate determination is what is in the best interests of the child, which the Court assesses by examining a number of factors related to the needs of the child, the fitness of the adults, and the amount of visitation requested among other related issues.

Child custody is frequently a volatile issue. Therefore, getting the best possible outcome usually necessitates working with an experienced Inverness family law attorney. Nicholas W. Richardson, P.C. understands the vital importance of this issue, and will fight to protect your parental rights. Contact the law firm today for a free initial consultation.