When and How Parenting Responsibilities May be Restricted 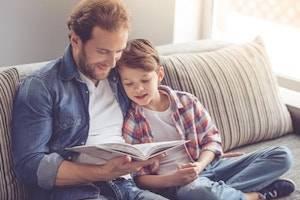 Raising a child is no small task, and includes an incredible amount of responsibility. Most parents try, and have a vested interest in, basing their decisions on what is best for their child. This selfless tendency is part of the reason why the law favors awards of shared parenting time between parents in divorce or paternity proceedings.

Children thrive most when both parents play a large and consistent role in their lives; though in practice, one parent usually provides the majority of the childcare. However, Courts have the authority to deviate from the shared model when circumstances warrant such a decision, including and up to giving one parent sole physical and legal parental responsibilities of the child.

Even if one parent is given sole responsibility, the other is usually granted some degree of visitation and communication with the child to prevent the total loss of a parent. This type of restricted visitation is used when the child's safety or development is threatened, but the parent with primary responsibility for the child cannot impose or deny visitations without a Court order, even if his or her concerns are legitimate.

Troubling issues, such as drug abuse or violent acts, by the non-custodial parent may not be present when the original parenting plan was issued. Consequently, all parents need to know how and when Courts will impose restrictions on visitation in order to protect the child from potential harm.

Generally, the parent without significant decision-making authority is still entitled to a reasonable amount of parenting time. A Judge is bound to follow this standard unless exposure to the parent would "seriously endanger the child's mental, moral or physical health" or negatively affect emotional development. This criterion is fairly stringent, which means Judges are unlikely to restrict access except in the most serious circumstances.

In addition, uncontrolled mental health conditions that render the parent's behavior unpredictable and out of control, or acts of violence or sexual lewdness in the child's presence, may also be sufficient to justify imposing restricted visitation.

Type of Restrictions Courts May Impose

Courts have a number of ways to restrict visitation, and are not merely limited to reducing the number of hours or location of visitation. A Judge may order any the following restrictions on visitation, although the Court may impose others:

Few things are as important as protecting your child, and if you believe the other parent poses a danger, talk to a dedicated Arlington family law attorney as soon as possible. The Law Office of Nicholas W. Richardson, P.C. understands the urgent nature of these issues, and will do all that is possible to protect your child's best interests and reduce some of your stress. If you live in northwest Chicagoland, contact Attorney Richardson's office today for a free consultation.