How a Spouse's Behavior Can Influence the Divorce 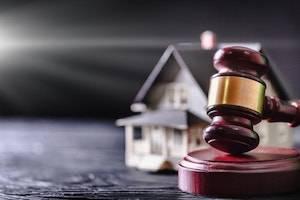 Rarely does one single issue or event push a spouse to file for divorce. Usually, divorce comes as problems pile up over time until, one day, the couple realizes the marriage cannot continue. The typical slow buildup to divorce does not mean that some issues are not more pivotal than others or that one overarching problem was the main catalyst,. Yet do the reasons behind the decision to end a marriage have any effect on the outcome of the divorce case?

Illinois is a no-fault divorce state that means that all a spouse must claim in the divorce petition in order for a Court to dissolve the marriage is that irreconcilable differences led to the breakdown of the marriage. While no particular grounds are needed to justify divorce, this does not mean the Court will not look at the specific behavior of a spouse when evaluating the appropriate provisions of the final divorce order, especially as it concerns property division.

An article in the Chicago Tribune describes the most recent chapter in the ongoing divorce battle between former Congressman Jesse Jackson, Jr. and his wife, Sandi Jackson. Sandi Jackson now wants Jackson Jr. to provide the names and contact information of all his sexual partners during their 25-year marriage, which could be used later as a factor in the alimony award and property settlement. How and when do Courts examine a spouse's behavior as a factor during divorce?

The general rule for property division in divorce under Illinois law requires the Court to divide marital property in "just proportions." Further, the Court is directed to disregard marital conduct in its decision in favor of the factors set out in the relevant statutes. The directive to ignore bad behavior stems from the need for the Court to avoid wading into a couple's personal life that can weigh a case down, and instead focus on issues that have a more discernible impact on the appropriate division.

However, dividing property according to what is just varies from case to case, and a spouse with less income and fewer professional opportunities often gets the lion's share of the marital estate. Despite this limitation, Illinois law does identify one type of behavior that Courts must consider as part of the property division when present: the dissipation of marital assets.

Dissipation of assets involves the use of marital funds by one spouse solely for his or her own benefit, and for purposes that are unconnected to the marriage. This type of misappropriation is often a byproduct of adultery, but can also involve spending related to illegal activities or the support of a family member that is directly against the other spouse's wishes. Thus, Courts may examine a spouse's misconduct indirectly if dissipation of assets is alleged by a party in divorce.

However, such an allegation must be supported by significant evidence before a Court will seriously consider this factor in the ultimate division of property. This high bar reflects the fact that if proven, dissipation can substantially reduce how little or how much each party receives, and Courts want to ensure such self-interested waste actually occurred.

One important limitation on this issue is that a Court will only consider dissipation that occurred during the five years prior to filing the divorce petition, which is reduced to three years if a spouse knew or should have known about the spending, but waited until later to initiate divorce proceedings. Thus, taking quick action by filing for divorce is important to preserving one's property rights in this situation.

Property division is a central issue in divorce, and an experienced Barrington divorce attorney should be consulted before any settlement is concluded. The Law Office of Nicholas W. Richardson, P.C. knows how to approach and assess this pivotal issue, and will work to get you the settlement you deserve. Reach out to the office today for a consultation.