Protecting Yourself from Domestic Violence: What You Should Know 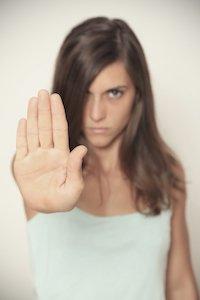 We often hear about domestic violence issues when celebrities and athletes are involved. As many Illinois residents know though, domestic violence is a significant problem in the rest of the population of the United States. According to the American Psychology Association, one out of every three women has experienced abuse by her partner in her lifetime. Domestic abuse affects every age, ethnicity, and class.

The latest newsworthy allegation involves Raymond Felton, a basketball player for the New York Knicks. His wife alleges that Mr. Felton threatened her with a firearm. While the facts are not yet established in the case, according to reports, Ms. Raymond-Felton did not wait for violence before getting help; she sought out support as soon as she was threatened.

This is an important lesson for all those at risk of domestic violence: a person should not necessarily wait until they are physically hurt to report a domestic disturbance.