Use of Marital Home during Illinois Divorce

Posted on March 3, 2015 in Division of Property 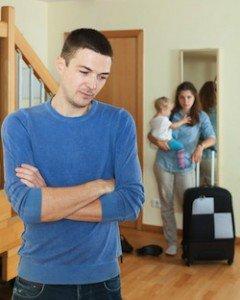 If you have been following the divorce saga of Illinois’ richest man, hedge-fund billionaire Ken Griffin, you may have read that his wife recently filed Court documents alleging that Griffin plans to end her exclusive occupancy of the couple’s marital home and will no longer pay upkeep costs.

While many of us cannot relate to the lives of the very wealthy, the case raises a question that comes up almost every time when meeting with a client for the first time — who gets to live in the marital home during the divorce?

In most divorces, typically one party voluntarily moves out of the marital home until the Court awards it as part of the division of assets, or the couple sells it — whichever comes first. If children are involved, usually the parent who serves as the children’s primary caregiver retains possession of the house.

Although one spouse voluntarily moves out, legally, both spouses continue to have rights to the home. Hence, both spouses can continue to live there or enter the house as they wish. If one spouse changes the locks, the other is entitled to have a key to enter the premises, or could retaliate by having them changed, creating a vicious back and forth cycle.

For most couples, however, this situation does not pose any issues. Moving out is the logical solution given the situation — they are in the process of ending the marriage because they can no longer be together. But if neither spouse agrees to move out, and continued cohabitation would cause problems, a spouse can request a temporary order of eviction from the Court under very limited circumstances.

If both parties living under the same roof would jeopardize the physical or emotional well-being of either spouse or the children, the spouse wanting to retain possession of the house can file a petition seeking temporary eviction of the other spouse from the marital home. The eviction is temporary until otherwise dissolved by the Court or when the divorce is final — whichever comes first.

Evidence that continued cohabitation would adversely affect the spouse or child’s mental well-being would require testimony from a mental health professional.

If you are getting divorced, you need an experienced family law attorney who understands not only the law, but the emotions that are involved as well. With more than a decade of experience, Palatine divorce attorney Nicholas W. Richardson will work with the other party toward a mutually agreeable resolution. Serving Palatine and the surrounding Northwest Suburbs, contact the office today to schedule your free initial consultation.