Posted on January 14, 2015 in Division of Property 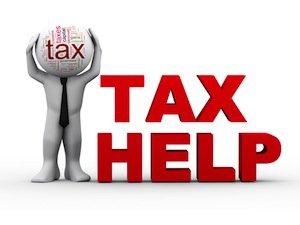 After months — or even years — of legal wrangling, your divorce is finalized and you and your ex-spouse are now free to move on with your lives. However, if either of you were ordered to pay alimony, or if there are children involved, there are tax issues related to the divorce to which you need to be aware. In fact, you may need to revisit these issues as circumstances change.

Common Tax Issues Faced by Couples Once a Divorce is Finalized

Posted on September 30, 2014 in Division of Property

According to Schaumburg, Illinois-based American Veterinary Medical Association, 51.8 percent of Illinois residents are pet owners. For many of these residents, their animal companions are more than pets — they are four-legged family members  and are as beloved as children. And like children, deciding who receives custody of the pets in a divorce can become heated.

Obtaining Custody of Pets in Illinois Divorce Illinois Courts consider pets as personal property, no different than bank accounts, vehicles or other household belongings. This means they are just another asset to consider when determining the most equitable way to divide assets. The Court will not conduct a custody hearing, and there will not be “best interests” factors to consider when deciding who should receive the pet. However, there are steps you can take to increase the likelihood that the Judge will award you custody of your pet. Retain copies of all receipts. Because pets are personal property, you must be able to prove a greater ownership interest than your spouse in regards to your pet. Documents showing that the pet was registered in your name, receipts from veterinary bills (especially if paid from your separate property) or other evidence showing as you as the pet’s primary caretaker can help prove that the Court should award you the pet. Prove your ability to care for the pet. Even though pets are property, they are different from a car or bank account — they require active care. Being able to show that you are better able to care for the pet than your spouse may help sway the Court’s decision. Other determining factors which may help prove you are in a better position to care for the pet include your spouse having a job that requires frequent travel, his moving into an apartment or rental home that does not allow pets or evidence of allergies. Agree to a custody schedule. Although the Court will not engage in a custody determination the way it will with children, this does not mean it will not consider a custody arrangement if one or both of the parties present one. For couples with children, it may be helpful to keep the pets on the same visitation schedule as the children. Obtain a pre- or post-marital agreement. Though not an option if you are in the middle of a divorce, either a pre- or post-marital agreement will allow you to address the issue of who will receive the pet in the event of divorce. Palatine Divorce Attorney If you are planning on filing for divorce, or if you have just been served with divorce papers from your spouse, contact Palatine divorce attorney Nicholas W. Richardson today for a free consultation. With more than a decade worth of experience handling divorce and other family law matters, Nicholas W. Richardson understands the complex emotions that can arise and knows when to approach each issue in the spirit of compromise — and when to dig in and fight. Call the Law Office of Nicholas W. Richardson, P.C., today to discuss your case.

Illinois Divorce Asset Protection: The Use of Trusts

Posted on September 13, 2014 in Division of Property 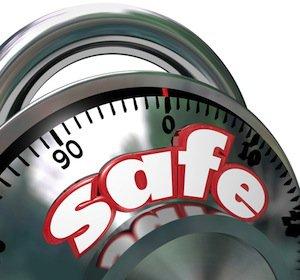 As baby boomers age, they begin to think of leaving a legacy to their children. With the steady rate of divorce among the younger generation, these parents are understandably concerned what will happen to their hard-earned money in the event their child’s marriage ends in divorce. Namely, they do not want to see the ex-spouse walk away from the marriage with any of their money. To prevent these situations, many senior citizens are turning to lifetime or inheritance trusts as a means of divorce asset protection.

Illinois Marital and Separate Assets There are two types of divorce assets: marital and separate. Marital assets are property the couple acquired during the marriage and put toward the marital estate. Such assets may include the family home, vehicles, boats, stocks, bonds, artwork or retirement benefits. Separate property is property each spouse owned when he/she entered into the marriage. Generally, separate property remains each spouse’s individual property and is not subject to equitable division in a divorce unless either spouse commingles the separate property with marital property, such as putting the wife’s name on a checking account, or if the wife transfers one-half of her house to the husband. If either spouse receives an inheritance during the marriage, it is considered separate property. During happy marital times, however, most spouses who receive an inheritance do not keep it separate. Instead, they deposit it into the joint checking account, purchase a family vehicle, pay off the mortgage on the family home, invest in stocks and bonds, or perform any act that expressly changes the inheritance from separate to marital property. The result? When the couple divorces five years later, the spouse, who didn't directly receive the gift, will receive one-half of the inheritance, either in actual cash or via property that was purchased using the inheritance. Inheritance Trust and Distribution in Divorce The inheritance trust solves the problem of an ex-spouse walking away from the marriage with half of the spouse’s inheritance. Here is how it works: Bob and Sue have never liked their son Jim’s wife, Jill. She has cheated on him in the past, and they live from paycheck to paycheck because Jill spends money like it grows on the trees that line their palatial home. Bob and Sue know that when they die, Jim will take his inheritance and place it into the joint checking account, thus allowing Jill to spend it all within a matter of months. They also do not like the idea that, if Jim and Jill were to divorce, Jill would receive one-half of their money in a divorce. To protect their money, they revise their estate plan and leave Jim’s inheritance to him in an irrevocable, purely discretionary trust. When they die, Jim will not receive his inheritance outright. In fact, he will not even own the assets. Instead, the trust will own the assets, and the trustee will be responsible for making distributions to Jim pursuant to the terms of the trust, which can also include making no distributions to him at all. Courts have ruled that because the trust beneficiary in these purely discretionary trusts has no right to compel distribution of trust assets to himself, the funds cannot rightly be considered part of the marital estate, and are therefore not subject to division. (Any assets already distributed to Jim and deposited into the joint account would, however, be subject to division). Contact a Palatine Divorce Attorney If you are considering divorce, call Palatine family law attorney Nicholas W. Richardson today. With a decades worth of experience, Nicholas W. Richardson understands that divorce involves more than just looking at your current asset sheet; it also means taking into account potential future assets, and working to protect them. Contact our office today for a free consultation. 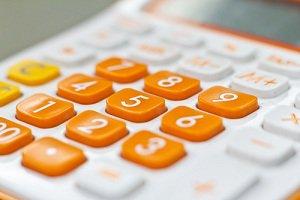 Illinois is an equitable distribution divorce state, meaning that all assets the spouses accumulated during the marriage, or any assets brought into the marriage that become marital property due to commingling, are divided equitably in the divorce. This usually, but not always, means the marital assets are divided equally.

Equitable distribution does not necessarily mean that every asset is split down the middle. Barring special circumstances that entitles one spouse to receive more than one-half of the marital assets, each spouse will be awarded 50 percent of the total value of the marital estate and 50 percent of all marital debt. This means that the spouses can get creative in how the assets are divided. 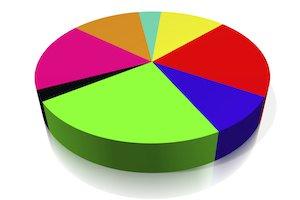 You struggled with the decision, but you finally concluded that divorcing your spouse will be the best course of action. You are a stickler for detail, and before you contact an experienced Illinois divorce attorney, you want to secure all personal documentation that may later be requested.

According to About.com's Divorce Support, having documents readily available to your attorney will ultimately alleviate any confusion and make the negotiation stage of the divorce run more smoothly. It is also suggested that presenting your attorney, and later the courts, an organized and complete document file provides you with more support of your case.

It is further recommended that you construct your divorce document checklist in this order: