Will I Lose Child Custody Rights if I Have a Mental Illness in Illinois? 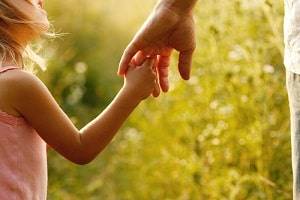 There are more than 200 classified forms of mental illness, many of which do not affect your capabilities as a parent. However, you may be concerned that a diagnosis will affect your child custody case when going through a divorce. Generally speaking, suffering from mental health issues is not enough for you to lose your parental responsibilities in Illinois. However, how you treat and manage your mental illness can have an impact on the outcome of the legal proceedings. That is why it is critical to seek the legal guidance of a knowledgeable divorce attorney who can help protect your parental rights.

A judge will consider several factors when determining child custody, also known as the allocation of parental responsibilities, under Illinois law. All of these factors center around what is in the best interests of the child. There are a number of issues a judge will take into consideration, including the following:

How to Address Child Custody Issues During the Summer 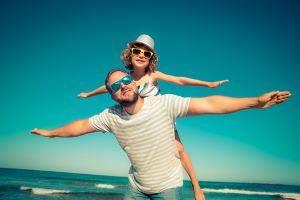 Summer is quickly approaching, and some divorced parents may have vacation plans that include their child. Whether these plans include taking lengthy trips or having children stay with a parent for a whole week instead of a weekend, summer schedules are often quite different than they are during the school year. Parents who share child custody may struggle to address these changing schedules and ensure that they can spend time with their children as planned. To make it easier, here are some tips on what you should and should not do when addressing issues related to summer vacations.

How to Co-Parent in the Summer

There are a variety of ways to make co-parenting easier during the summer months when parents and children may be able to spend more time with each other. During this time, it is important to:

How Not to Co-Parent in the Summer

As you prepare for summer, you may inadvertently take some steps that are not appropriate for the situation. You should do your best to avoid the following mistakes:

How Will the Coronavirus Pandemic Affect Child Custody Issues? 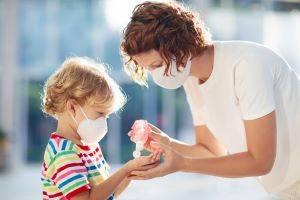 Even when certain issues, such as child custody, have been finalized in a divorce settlement, parents and children may experience changes that affect these matters. That may never be more true than during these uncertain times in which we deal with the threat of the coronavirus. First and foremost, parents should know that the Governor of Illinois has stated specifically that parents are allowed to transport children to carry out court-ordered parenting time schedules. After all, families need each other more than ever right now, and children will need to maintain close relationships with both parents. However, there are some uncertainties and safety issues that parents may need to be aware of when addressing child custody.

Steps to take When a Child Is Endangered

While many of the courthouses in Illinois have closed and will not reopen until the coronavirus crisis dies down, courts will be available to deal with emergency situations. If a parent feels that allowing their child to spend time with the other parent would put the child in danger, they may pursue an order of protection that will ensure that they and their child will be safe from harm. As soon as courts are back in session, a parent may file a petition to modify the child custody order.

Responding When Someone Is Experiencing Symptoms

Some parents may come across the situation in which they, their child, or the other parent is exhibiting symptoms of COVID-19. In the event that anyone is experiencing symptoms, the parenting time schedule may need to be adjusted to minimize the possibility of infection. In these cases, parents will want to work together to reach an agreement that will protect their children’s best interests. This may mean temporarily foregoing parenting time, and the loss of time with the child may be made up at a later date once the infected party has made a full recovery.

How Is Child Custody Established for Unmarried Couples? 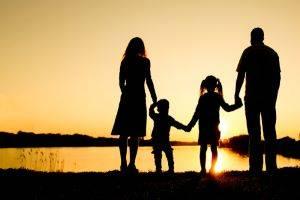 Child custody always has the potential to become an extremely complex issue. However, when parents are not married, it can become even more complicated. While married couples will make decisions about child custody as part of their divorce, unwed couples may need to take legal action to address issues related to their children. In some cases, paternity will need to be established before decisions can be made about the allocation of parental responsibilities and parenting time.

In Illinois, married spouses are presumed to be the parents of any children born during the marriage, unless there is documentation that says otherwise. However, when the parents of a child are not married, the same assumption is not made. In the case of unwed parents, the paternity of the father must be established. There are three ways to do this:

An Administrative Paternity Order and an Order of Paternity are typically only required if the father disputes that he is the biological father of the child. In these cases, DNA testing will usually be used to confirm that a presumed father is in fact the child’s biological father. 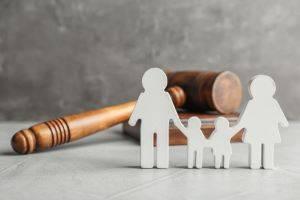 For many parents going through divorce, the biggest fear they have is that they will not be able to spend as much time with their children. This fear is an understandable one. Although the divorce laws in Illinois state that a parent’s gender should not be considered when making decisions about child custody, many judges still have a bias, even if they do not realize it. In many cases, parents worry that they will be treated unfairly when courts allocate parenting time, and they may be unsure of how they can protect their parental rights and ensure that the decisions made during divorce will provide for their children’s best interests. However, Illinois lawmakers are currently considering legislation that could change how parenting time is addressed in divorce and family law cases.

Are There Minimum Parenting Time Standards in Illinois?

Studies have found that it is in a child’s best interests to spend at least 35 percent of his or her time with each parent. However, under Illinois law, there is no minimum requirement for the amount of parenting time that should be allocated to a parent. The Illinois Marriage and Dissolution of Marriage Act (IMDMA) states that parents are presumed to be fit to care for their children unless there is evidence to the contrary. However, parents are only entitled to “reasonable” amounts of parenting time, and the IMDMA does not specify a minimum amount or percentage of parenting time that is considered reasonable. Because of this, Illinois has received a ranking of C- from the National Parents Organization in its Shared Parenting Report Card. Clearly, there is work to be done in the state regarding shared parenting, and some lawmakers are attempting to address this issue.

A bill has been introduced to the Illinois House of Representatives that would change the way judges decide on parenting time in the state. House Bill 0185 would require judges to begin a child custody case with the presumption that it would be in children’s best interests for parents to share equal amounts of parenting time, as long as each parent is fit and able to care for his or her child. If, after reviewing the facts of the case, a judge determines that one parent should have less parenting time than the other, he or she would be required to provide a written explanation for the deviation from this presumption. The goal is to reduce the amount of conflict in divorce and child custody cases and make them easier and fairer for everyone involved, while protecting children’s best interests at all times.