How Has COVID-19 Affected Parenting Orders in Illinois? 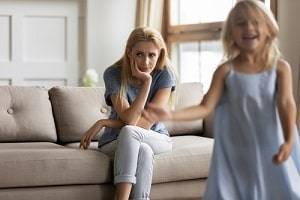 During the past year, the COVID-19 pandemic has changed the way we live. While many businesses shuttered temporarily to stop the spread of the highly contagious virus, other companies have allowed their employees to work remotely from home. Likewise, many school districts have switched to online learning, so more people are home now than they would be normally. Some divorced parents are finding their income significantly reduced if their position was eliminated completely and they had to file for unemployment. With such a disruption to everyone’s regular routines, you may be wondering if you can modify your existing divorce orders, including child support, parenting time, and child custody. Under Illinois law, you can amend these types of orders depending on the circumstances.

Continuing to find ways to support your children after you get divorced can be very challenging, especially if you and your ex-spouse do not see eye to eye on certain matters. Illinois law requires divorcing parents to come to an agreement on the allocation of parental responsibilities (child custody) and parenting time (visitation). This parenting plan also includes who will have the authority to make decisions about the children’s educational opportunities and extracurricular activities such as sports, music, or theater. If the parents cannot reach an agreement, a judge will make decisions based on several factors, including the financial status of the spouses and the well-being of the children.

3 Important Tips for Dads During Divorce 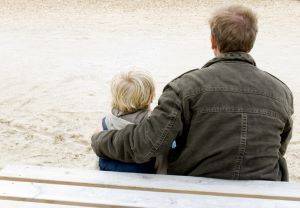 In today’s world, there is no such thing as a “typical” divorce. There are many ways a couple can end their marriage, and the outcomes will vary depending on the needs of each family. Some families are still traditional in the sense that the mother is the primary caregiver and is the one who spends the most time with the children. In other families, fathers are much more involved in the daily responsibilities of raising their children, which can cause tension and stress when it comes to making child-centered decisions during a divorce.

Though the law states that mothers and fathers should be treated equally, fathers are sometimes still seen as “second-class” parents, and some dads feel that they are not given the same consideration as mothers when it comes to issues such as parenting time. Divorce can be difficult for everyone, but its negative effects may be especially worrisome for fathers. Here are a few tips to help dads aim for success during and after a divorce:

When you are involved in a custody dispute that requires intervention from the court, matters can quickly become complicated. You will need to prove to the judge that you deserve to have just as much parenting time as your former partner, if not more. To demonstrate this, you will need to be involved in your children’s lives, and be sure to confer with the other parent about things like doctor’s appointments, extracurricular activities, and school progress. The goal is to prove to the Judge that you contribute more to your children’s lives than just picking them up and dropping them off.

4 Ways to Protect Your Children During Your Illinois Divorce 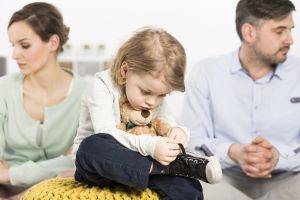 Couples get divorced for many reasons. Maybe you and your spouse have realized that you are two very different people who want very different things. Maybe you still love each other, but you have grown apart. Or, maybe some other type of conflict has occurred, such as infidelity or financial issues. Whatever the reason for the divorce might be, you and your spouse will probably not be on the best of terms.

Unfortunately, couples often experience contentious divorces, and issues involving children are often some of the most difficult matters to resolve. Sometimes, children can be caught in the crossfire of marital conflicts. However, there are a few things you can to help protect your children as much as possible during your divorce.

#1: Do Not Fight in Front of the Children

One of the most detrimental things children can experience is to witness their parents constantly fighting and arguing. High levels of conflict can create a sense of tension and unhappiness in the home, and this can manifest negatively in children. Kids who observe their parents’ arguments are more prone to behavioral problems and emotional issues. During your divorce, you should do your best to avoid arguing in front of your children, and you should not force them to take sides or ask them to relay messages between you and your spouse.

How to Protect Yourself Financially After Your Illinois Divorce 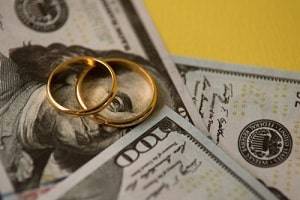 Divorce is an extremely emotional process that will affect almost every aspect of your life. The financial impact of divorce can leave some recently divorced individuals unsure of how to proceed. Getting a divorce is expensive and you may find that you have a much tighter budget afterward as well as additional ongoing costs, such as spousal maintenance or child support. When going through a divorce, it is crucial to take important steps that will protect your finances and help you start off your new life on the right foot.

Can You Shorten the Length of Your Illinois Divorce Proceedings? 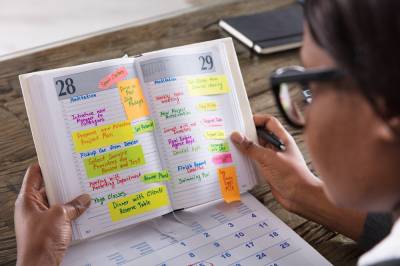 Recently, English actress Danniella Westbrook and former husband Kevin Jenkins finally got a divorce after living apart for six years. Westbrook took to Twitter on Jenkins’ birthday to suggest that the perfect present would be to get a divorce since the pair had been separated for five years.

Although it is true that some people wait years before making a divorce final, most people want the entire process over with as soon as possible. After all, divorce can be messy and expensive, so few want it to drag on unnecessarily. Luckily, there are a few steps that you can take to shorten the length of your divorce proceedings.

The waiting period to get a divorce in Illinois is six months, meaning that once you file your paperwork with the court, you typically have to wait a minimum of six months before the divorce is final. When Illinois allowed for grounds of fault, that waiting period was extended to two years, unless the two parties agreed to waive it and lived separate and apart for two years. However, now that Illinois solely recognizes no-fault divorce, there is only a six-month waiting period.